Erik creates films and television shows, using different animation techniques as well as live action and documentary style filming. Projects are often produced entirely in house; idea development, screenplay, storyboarding and animatics, animation, music etc. When needed collaborations are established with companies in Holland or abroad. Have a look at some of the current projects. 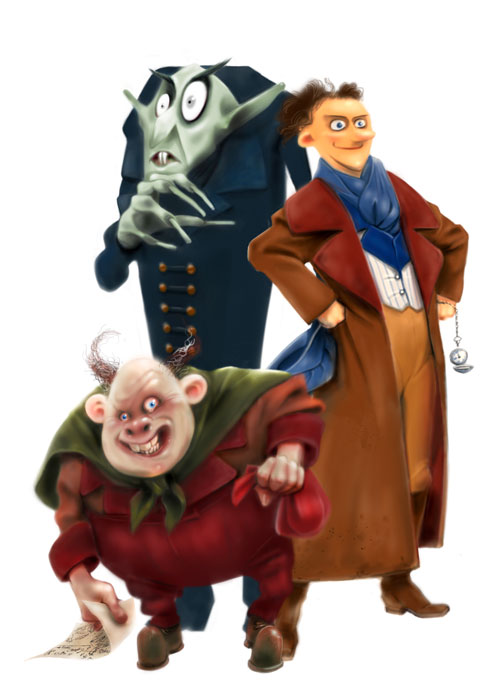 STORYLINE
A stout young lady, Ellen, tries to break free from her bourgeois society. Embarking on an adventurous trip to the country of spooks and shadows, she encounters a formidable foe: Orlok the vampire. Now Ellen has to make a dramatic sacrifice with which she defeats the monster and gains her much-desired freedom.

CONTACT
Mulholland Pictures
Ate de Jong
+31 6 4293 9157
www.mulhollandpictures.com
This email address is being protected from spambots. You need JavaScript enabled to view it.

GENRE
‘Nosferatu Reanimated’ is an eerie adventure with a serious theme: the depletion of our planet. But it is also a fun, gothic romance!

FRESH APPROACH
‘Nosferatu Reanimated’ pays homage to its classic inspiration with a modern spirit. Back in the old days, Ellen was no more than a damsel in distress. Today she is the centrepiece of the story. Ellen is a smart, witty and bold heroine, facing a gruelling task: saving our world from bloodthirst and greed.

SETTING
Herzog’s update of Murnau’s masterpiece was shot in the Dutch city of Delft. ‘Nosferatu Reanimated’ is of course also set in Delft, with the tomb of the Dutch royal family, inside the New Church of Delft, providing a marvellous set-piece. Castle Orlok will be situated in a non-existent, barren wasteland, drained from all life. No thunderstorms there, only drought, daunting heat and bloodsucking mosquitoes...

STOP-MOTION
Cinema was in its infancy when Murnau created his masterpiece in 1921. Today stop-motion animation has become the technique par excellence to reflect the bloody cocktail of romance, humour and the macabre.

TARGET AUDIENCE
‘Nosferatu Reanimated’ is a dark fairy tale, and fairy tales appeal to all ages. The core audience will be young adults, supplemented by fans of animation, arthouse and horror/ fantasy movies.

DIRECTOR
Director Erik van Schaaik, recognised for films such as ‘Under The Apple Tree’ and ‘Vent’, has been captivated by Stoker’s book and Murnau’s film since he was a child. He has travelled several times through Transylvania, in the protagonists’ footsteps, to experience the real vampiric folklore and indulge in his passion. However, it was impossible to share that passion with his children – the modern audience. Nosferatu has become too old, too slow and too black and white. It is an antique. That is why Erik is going to retell this story of beckoning danger and throbbing hearts in a new, compelling way. 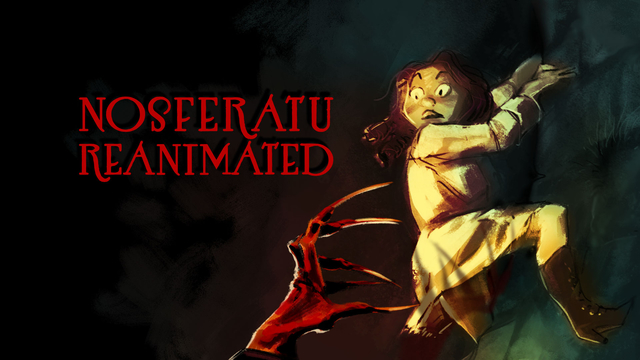